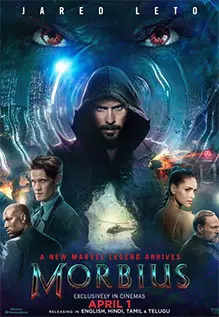 Morbius is an upcoming American superhero film featuring the Marvel Comics character Morbius, the Living Vampire, produced by Columbia Pictures in association with Marvel. Distributed by Sony Pictures Releasing, it is intended to be the third film in Sony’s Spider-Man Universe. The film is directed by Daniel Espinosa, written by Matt Sazama and Burk Sharpless, and stars Jared Leto as Michael Morbius alongside Matt Smith, Adria Arjona, Jared Harris, Al Madrigal, and Tyrese Gibson. In the film, Morbius becomes a vampire after attempting to cure himself of a rare blood disease.

After announcing plans for a new shared universe of films inspired by Spider-Man characters beginning with Venom (2018), Sony began developing a film based on Morbius. Sazama and Sharpless had written a script by November 2017, and Leto and Espinosa officially joined in June 2018. Work began in earnest at the end of the year with further casting, ahead of production starting in London in February 2019. Filming was confirmed to have been completed by June 2019.

Morbius is scheduled to be released in the United States on April 1, 2022, delayed from an initial July 2020 date primarily due to the COVID-19 pandemic. 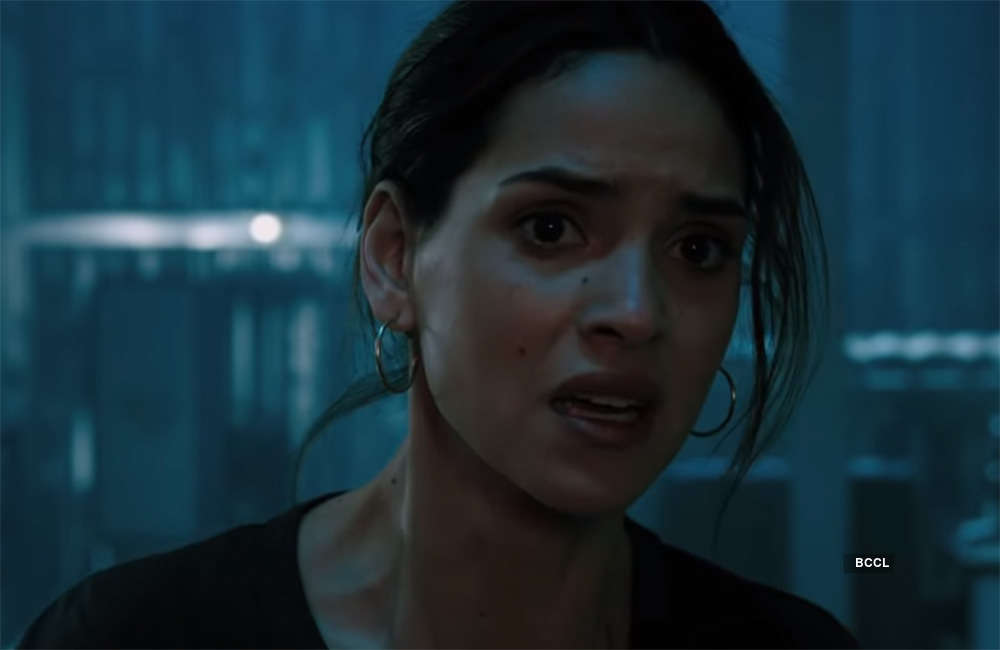 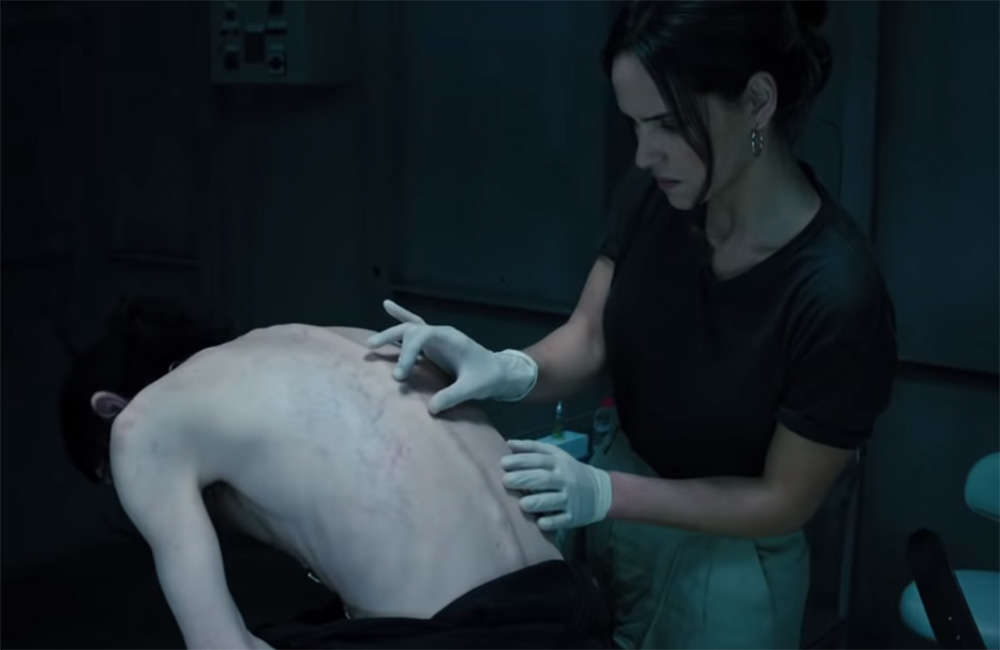 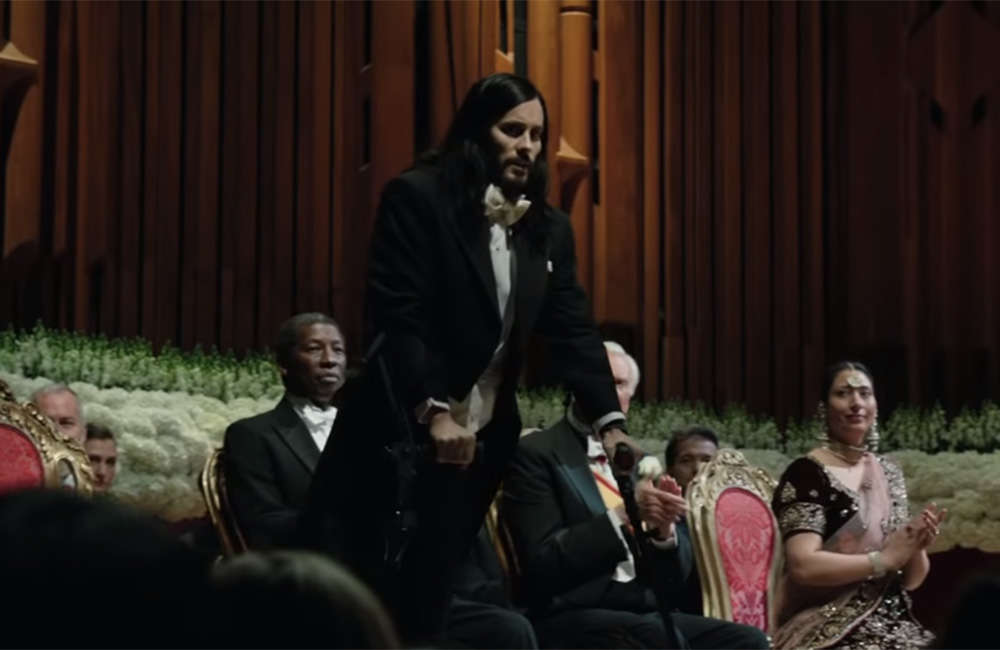 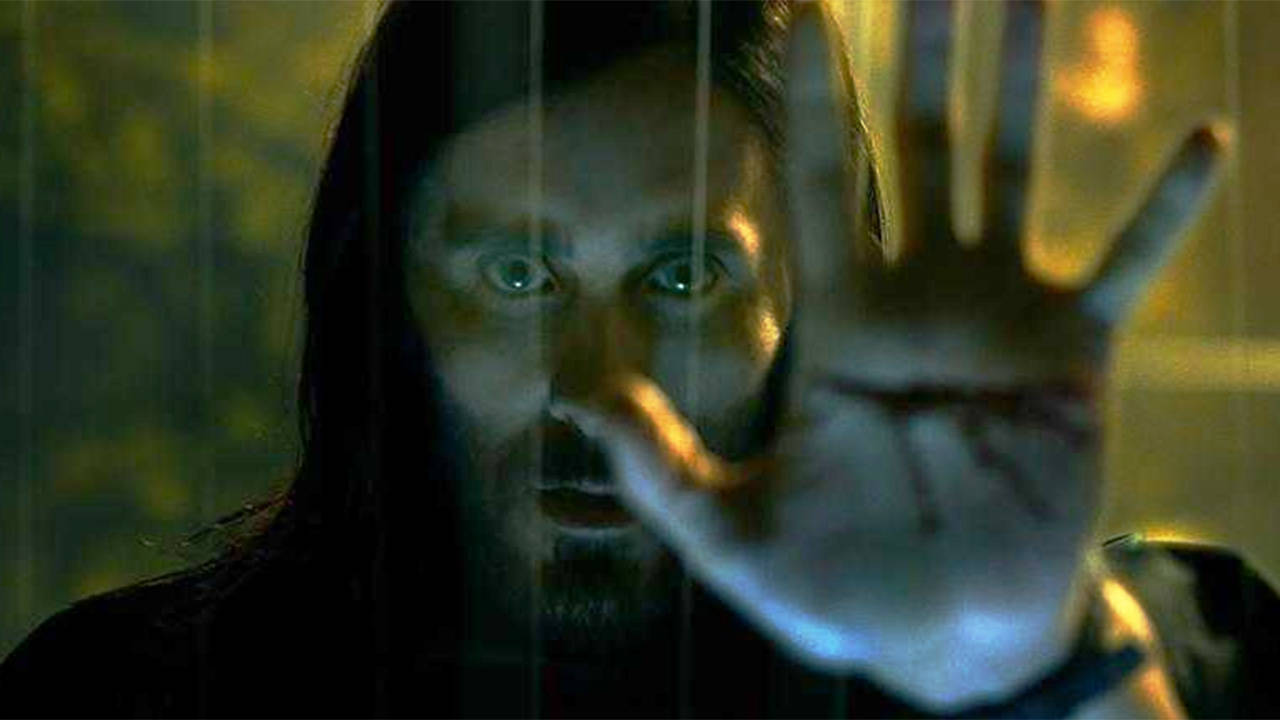 Suffering from a rare blood disease, Dr. Michael Morbius tries a dangerous cure that afflicts him with a form of vampirism.[2][3]

Artisan Entertainment announced a deal with Marvel Entertainment in May 2000 to co-produce, finance, and distribute several films based on Marvel Comics characters, including Morbius, the Living Vampire.[18] Previously, the character was set to appear in Blade (1998), portrayed by director Stephen Norrington in a cameo appearance ahead of a larger role in a sequel. However, the character was cut from the first film and not introduced in Blade II (2002) after Norrington chose not to return for that film.[19] In May 2017, Sony announced plans for a new shared universe featuring Spider-Man-related properties beginning with Venom in October 2018;[20] this was later titled “Sony’s Spider-Man Universe”.[21] In July, Spider-Man: Homecoming (2017) director Jon Watts expressed interest in featuring Morbius and Blade in the then untitled Spider-Man: Far From Home (2019), believing that the character’s dark tone could work well within the Marvel Cinematic Universe (MCU).[22] That November, Matt Sazama and Burk Sharpless submitted a script to Sony for a Morbius film, after a “secret development process” at the studio.[23] Jared Leto became “loosely attached” to star in the title role, but would not commit to the film until he was happy with its direction; Leto asked to personally meet with several director candidates.[24] 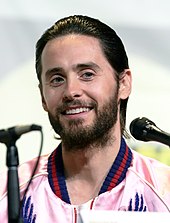 Jared Leto stars in the title role. Director Daniel Espinosa joined the film after meeting with Leto while the actor was on tour with his band Thirty Seconds to Mars.

By the end of April 2018, Sony had approached Antoine Fuqua about potentially directing the film. He expressed interest in taking on the project, and said that if he was to make a film in the superhero genre he would want to make it “something that’s closer to what I get excited about.”[25] He ultimately chose not to take on the project.[24] Other directors that Sony approached about the film included F. Gary Gray, who considered directing the film but ultimately turned down the role,[26] and Daniel Espinosa, who previously directed the film Life (2017) for the studio.[24] In May, while on tour in Germany with his band Thirty Seconds to Mars, Leto met with Espinosa to talk about the film,[24] and the pair were both confirmed for the project at the end of June. Avi Arad, Matt Tolmach, and Lucas Foster were producing,[3] and filming was expected to begin by the end of 2018. Sony was expected to fit the film into its already-set Marvel release slate shortly.[24]

By the end of September, Sony was intending for production on the film to take place in Atlanta, Georgia—where Spider-Man: Homecoming and Venom were previously produced—but had still not set a release date for the film.[27][28] Screen Rant’s Cooper Hood opined that Sony was likely waiting to see the response to Venom in early October, with Arad confirming at that time that there was excitement at Sony to produce Morbius, especially due to the story of a “healer that becomes a killer, and how do you deal with [that?]”[28] Tolmach said the project was “very far along” at that stage and they were now planning to begin filming in early 2019,[29][30] with the intention that Morbius would be the second film released as part of Sony’s shared universe after Venom.[29] He added that Leto was bringing the same “intensity” to the film that he had brought to playing the Joker in Suicide Squad (2016).[31] By November, box office analysts believed that Venom had been successful enough for Sony to move ahead with other films like Morbius,[32] and at the end of that month the studio dated an untitled Marvel film that was believed to be Morbius for a July 10, 2020, release.[33] Adria Arjona entered negotiations to portray the film’s female lead, Martine Bancroft, in December;[10] her involvement was confirmed a month later when Sony pushed the release date to July 31,[11] and Matt Smith also joined the cast in an undisclosed role.[6][34] Art Marcum and Matt Holloway made uncredited contributions to the film’s script.[35][36]

Principal photography began during the last week of February 2019 in London,[37][38] under the working title Plasma.[39] Oliver Wood served as cinematographer for the film.[40] With the start of filming, Jared Harris and Tyrese Gibson joined the cast as Morbius’s mentor and an FBI agent hunting Morbius, respectively.[7][12][41] Smith was revealed to be portraying the villainous Loxias Crown.[7] In March, filming took place in Manchester’s Northern Quarter, doubling for New York City.[42] A month later, Gibson revealed that he was portraying Simon Stroud, and that Al Madrigal had been cast as his partner, Alberto Rodriguez.[13] At the end of the month, Justin Haythe was believed to have contributed to the film’s script.[43] Filming was scheduled to take 12 weeks,[8][37] and Venom producer Amy Pascal said in June that production had “just wrapped” on the project.[44]

In September 2019, Sony announced a new agreement with Disney that extended a previous deal to have Marvel Studios and its president Kevin Feige produce a sequel to Far From Home, keeping Spider-Man in Marvel’s shared universe, the Marvel Cinematic Universe. As part of the new agreement, Feige stated that moving forward the MCU’s Spider-Man would be able to “cross cinematic universes” and appear in Sony’s own shared universe as well.[45] This interaction was said to be “a ‘call and answer’ between the two franchises as they acknowledge details between the two in what would loosely be described as a shared detailed universe”.[46] The film’s first trailer, released in January 2020, included an image of Spider-Man that commentators equated to the Sam Raimi-directed Spider-Man films, though it appeared to be used as a reference to the ending of Far From Home.[47] The trailer also included a brief appearance by Michael Keaton, reprising his role as Adrian Toomes / Vulture from the co-produced Marvel Studios Spider-Man film, Spider-Man: Homecoming.[16][48]

Reshoots for the film began in Los Angeles by early February 2020,[49] and were finished a month later when film productions around the United States were halted due to the COVID-19 pandemic.[50] At the end of March, the film’s release date was pushed back to March 19, 2021, due to the pandemic closing theaters around the world.[51] In January 2021, the film was delayed again, first to October 8, 2021, and then to January 21, 2022, when No Time to Die was moved to the October 2021 date.[52] At the end of January, Leto revealed that additional reshoots were taking place in mid-February.[53] The film’s release was moved back another week at the end of April 2021, moving to January 28, 2022.[52] At the start of January 2022, the film was delayed to April 1, 2022, due to the box office success of Spider-Man: No Way Home (2021) which Sony hoped would continue throughout early 2022.[54] Later that month, Corey Johnson was revealed to have a role in the film.[17]

By October 2019, Jon Ekstrand was set to compose the score for Morbius after doing the same for Espinosa’s previous films.[55]

The teaser trailer for the film was released on January 13, 2020.[4] Julia Alexander at The Verge described the premise of the film as presented by the trailer as “ridiculous”,[56] while Matt Goldberg of Collider felt it looked “silly” and also noted that the film looked very similar to Venom, which he acknowledged was commercially successful.[57] Scott Mendelson, writing for Forbes, agreed with the comparison to Venom which he felt was a good move by Sony due to the success of their last few Spider-Man films, but cautioned that Leto may not have the same box office draw for general audiences that Tom Hardy gave to Venom.[58] Much of the discussion surrounding the trailer centered on the revelation of Keaton’s role and the visual reference to Spider-Man, which led to questions about the film’s relationship with the Spider-Man films and the wider Marvel Cinematic Universe.[4][47][56][57]

Sony signed deals with Netflix and Disney in April 2021 for the rights to their 2022 to 2026 film slate, following the films’ theatrical and home media windows.[59][60] Netflix signed for exclusive “pay 1 window” streaming rights, which is typically an 18 month window and included future Marvel films in Sony’s Spider-Man Universe.[59] Disney signed for “pay 2 window” rights for the films, which would be streamed on Disney+ and Hulu as well as broadcast on Disney’s linear television networks.[60][61]

In January 2021, Leto said there was potential for Morbius to appear alongside the character Blade in a future project, with Mahershala Ali cast in that role for the MCU.[62] That December, in discussing the introduction of the multiverse in Spider-Man: No Way Home (2021), Leto said there was potential for further crossovers with his character in future films.[63] Tom Holland also expressed interest in seeing his version of Spider-Man from the MCU fighting Morbius in the future,[64] while producers Kevin Feige and Amy Pascal confirmed interest in a potential film starring both Leto and Ali.[65]